Several sisters recently noticed this bird standing out on the pier by our small lake: 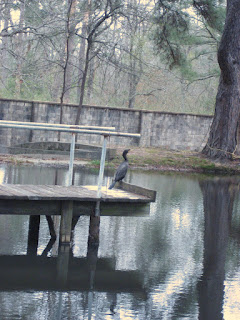 It was unlike anything we had seen before--not an egret or a duck or a goose or anything like that--so we looked it up in the bird book. It's an anhinga! These birds are also called "snakebirds" or "water turkeys" and they are unusual because they swim with their whole bodies under water! Only their long necks and heads show as they paddle around on their webbed feet. 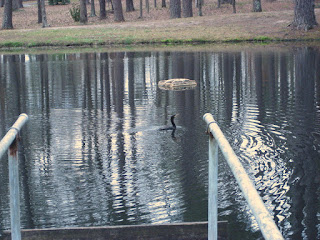 It entered the water gracefully. You can see why it's called a snakebird--its long neck looks very snake-like... 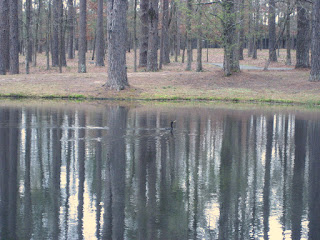 and swam around our lake, looking for fish. We read that it spears fish and other water creatures with its long beak. We have a lot of fish in the lake but we didn't see the anhinga catch one! 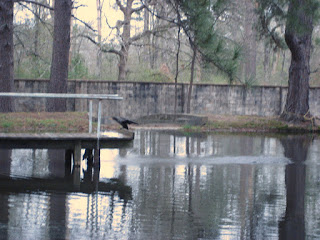 Back on the pier! 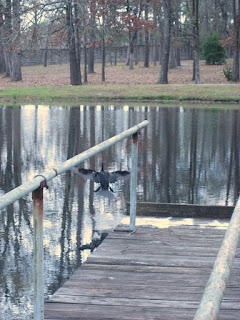 Here you can see the anhinga's large wings and tail.

We think this anhinga was just passing through, but we were glad to see it and have the opportunity to learn about it. What a wonderful diversity of creatures God has placed on His earth!