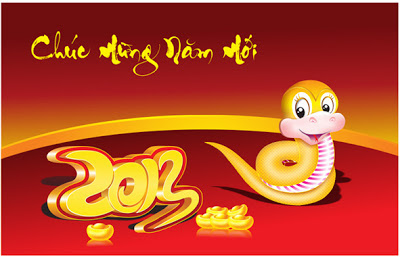 Last night we welcomed the Year of the Snake as we celebrated Tet!

We learned some interesting facts about the presence of snakes in Scripture, and then several of the sisters performed a dance set to music played and pre-recorded by Sr. Mary Christine (who also choreographed the dance!). 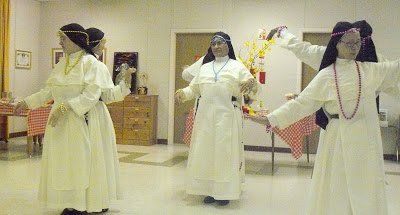 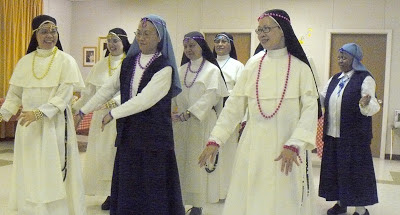 There was the usual table with treats and the tree with lucky money envelopes... 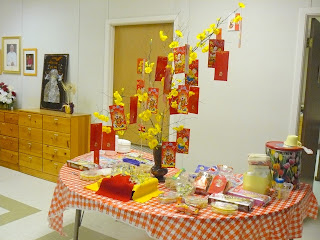 ...and after the treats and dance we played a rather intense game. We tried to throw beanbags through a wooden target (seen below). Sisters could also score points by landing their beanbags on one of the snakes. Several sisters proved to be quite good at both and scored numerous points. It was a simple game, but it definitely brought out the competitive spirit in many sisters! 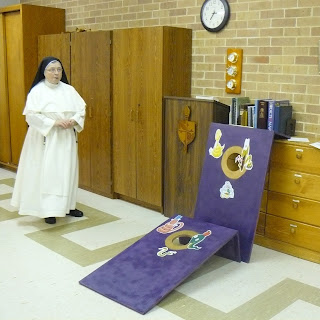 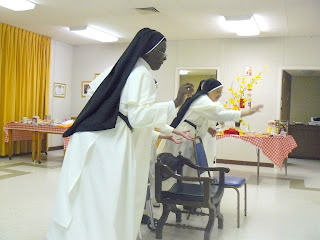 Sisters throwing their beanbags with skill and dexterity! And of course there were prizes for the winners!

It was a delightful evening, and as always we are thankful to all who provided us with Vietnamese treats, lucky money envelopes and other goodies to make our evening so special and fun! Thank you, and God bless you!