The two teams debated the morality of head to body transplantation. (What a question!) We began our discussions in preparation for the disputatio on Sunday morning... 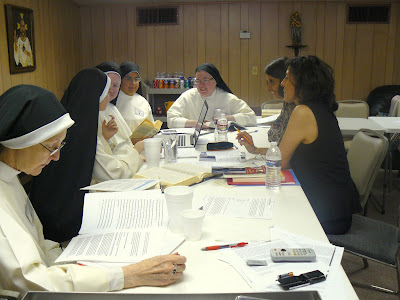 Comparing sources with the Rossis 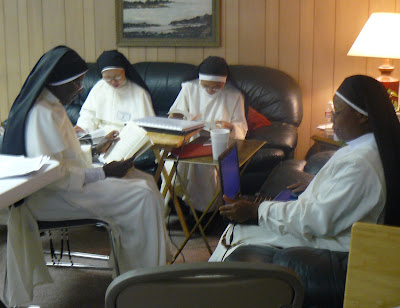 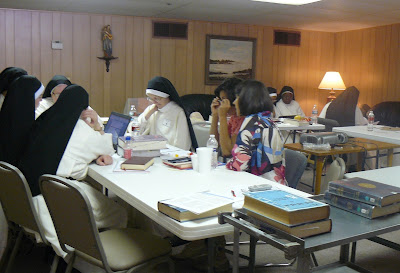 Everyone hard at work!


And on Monday morning, the fun began! 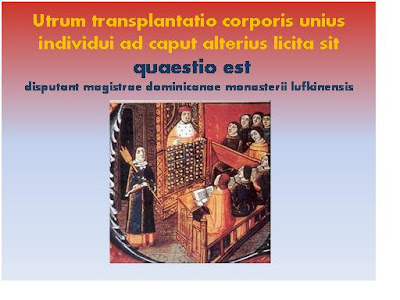 Whether it is moral to perform a head-body transplantation? It's actually an open question in the Church today, and the possibility of such a transplant is increasing. So our disputation was on a  current, if somewhat futuristic, topic! 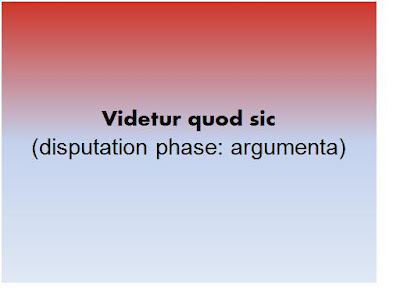 The objections came first. This team was appointed the task of defending the morality of a head-body transplantation. They had fifteen reasons why it should be moral (that is, fifteen objections): 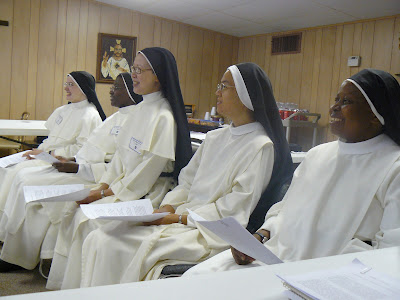 Ready to present their objections in the style of St. Thomas Aquinas and the Summa theologiae. 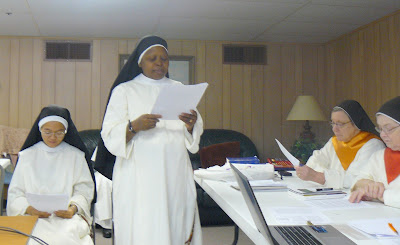 Sr. Mary Francis (Farmington Hills) presents one of her objection 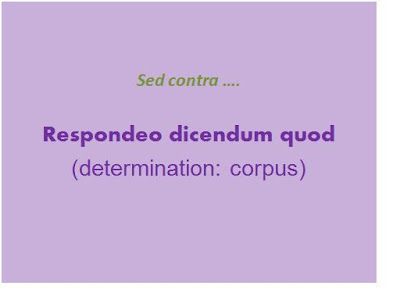 And then the sed contra  and respondeo: why head-body transplantation should be considered immoral. 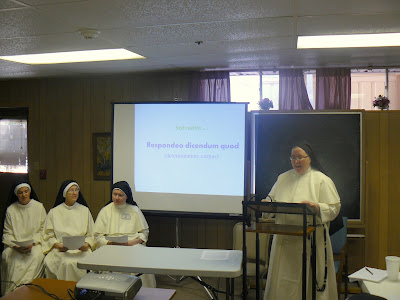 Sr. Mary Thomas (Lufkin) gave the respondeo which was written by the entire team.  This work included sources ranging from theology and philosophy to medicine, law, psychology, anthropology, Christian morality, and plain old common sense. They devoted a whole day to research in order to be fully prepared to defend their position. 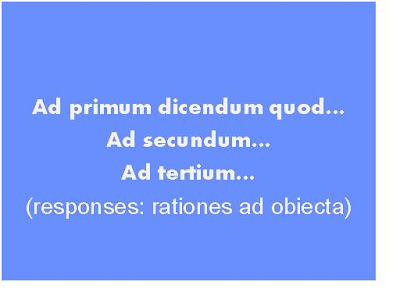 Next, they had only 20 minutes to respond to the objections given by the opposing team. 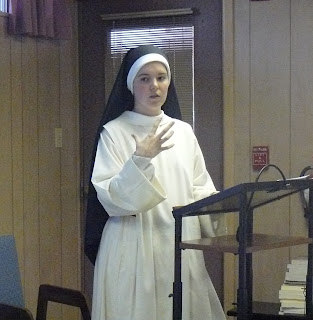 Sr. Maria Teresa (Summit) provided the responses (formulated with the help of her team) to the objections given by the opposing team at the beginning. 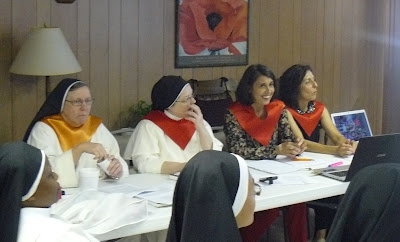 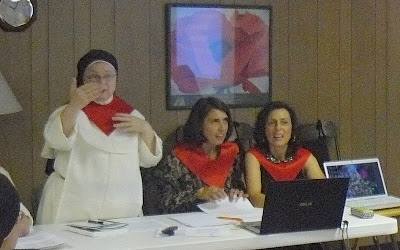 Sr. Mary Jeremiah makes a point to the teams while Drs. Teodora and Margherita listen.

What was the outcome of this disputation? Well, there was no "winner" in the usual sense of the word, since the object of a disputation is the search for truth. The academic and theological "masters" who supervised our dispute agreed that both teams did a wonderful job presenting the two sides--there was no clear disparity between the two presentations, they were equally good--however, in the end, everyone agreed that a head-body transplant should not be morally acceptable!

We had a lot of fun and worked VERY hard putting this together, and learned more about the medieval disputation than we could ever learn simply from reading or hearing about it! Did you know that St. Thomas Aquinas never turned down an opportunity to engage in this kind of disputation? It gives us a greater appreciation for the amazing gifts God gave him--he was truly a genius!