Having seen the star in the heavens, the Magi made an interesting journey around the monastery grounds this year seeking the Holy Family. We have a lovely creche set which can be put outside, and this year the novitiate used Mary, Joseph and the child Jesus in their decorations for the Chapter Hall (as you can see in an earlier post). The Magi (which go with the set) were spotted as 2014 began, traveling toward the Chapter Hall. One was seen starting from the gate that leads into our monastery; another was seen in Sr. Mary Jeremiah's garden; a third was discovered on our trail in the woods. We eagerly watched each day to see where the Magi would travel next. One day they stopped to converse in the middle of the cloister; one day they were peeking inside the novitiate; one day we found them peering into the refectory. At last, they found what they were looking for! 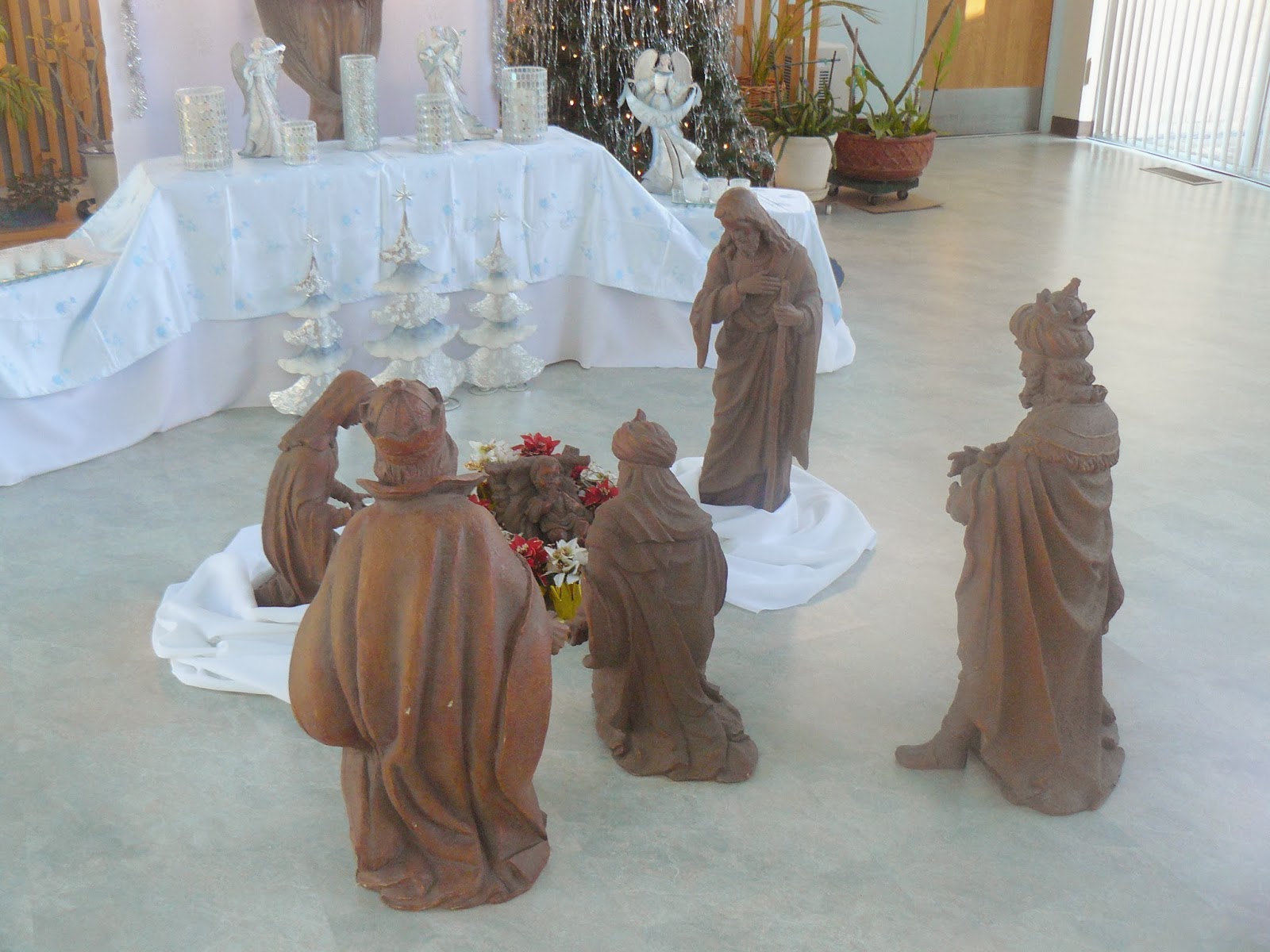 "...on entering the house they saw the child with Mary his mother. They prostrated themselves and did him homage. Then they offered him gifts of gold, frankincense and myrrh." (Matthew 2:11)

We had a delightful morning program on the Solemnity of the Epiphany complete with games and prizes. Then, in the evening, we had a visit from--well, two magi (hint: the third is coming soon, we think)! 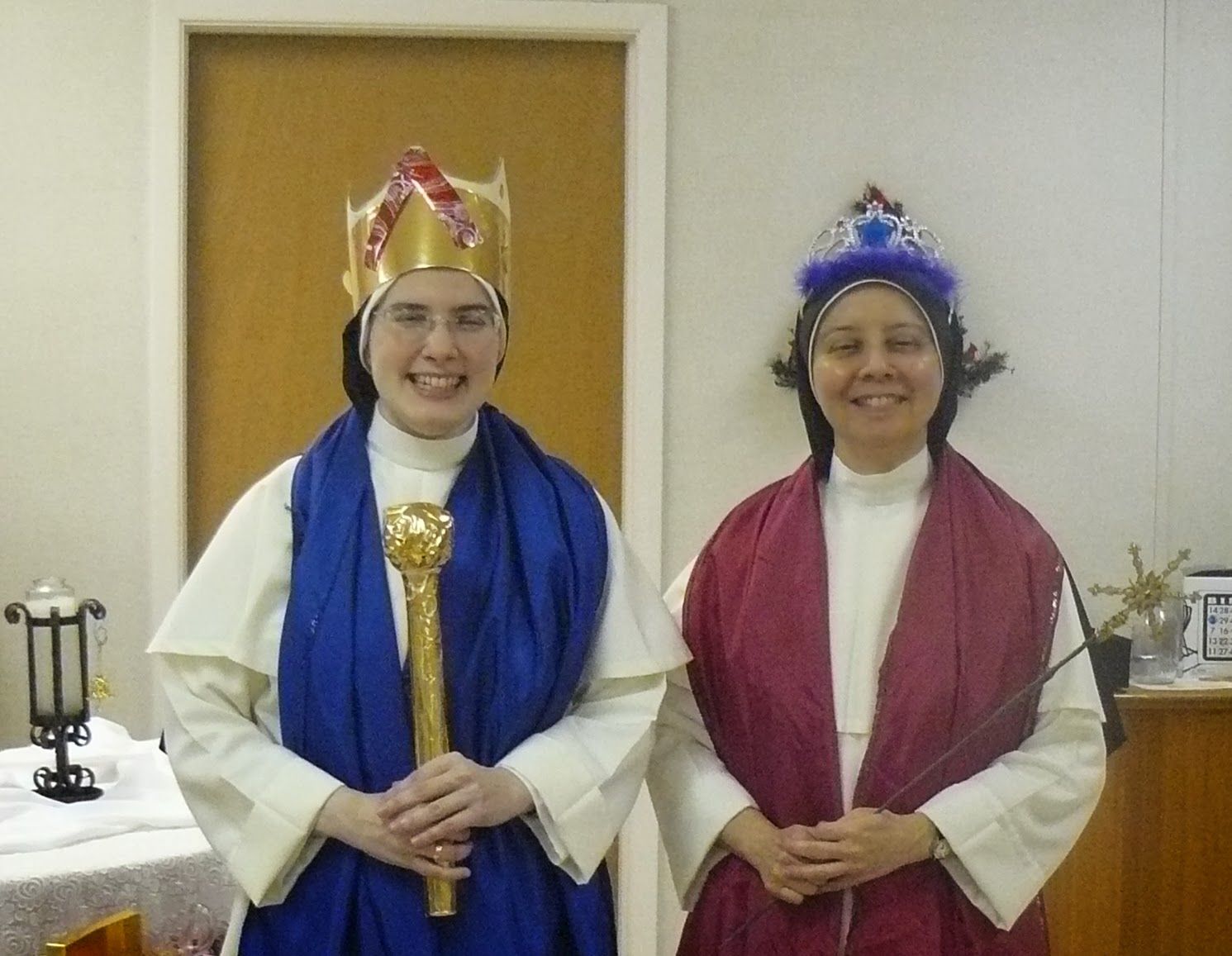 To continue our celebration of Epiphany, we decided to play that venerable game--Kingo! 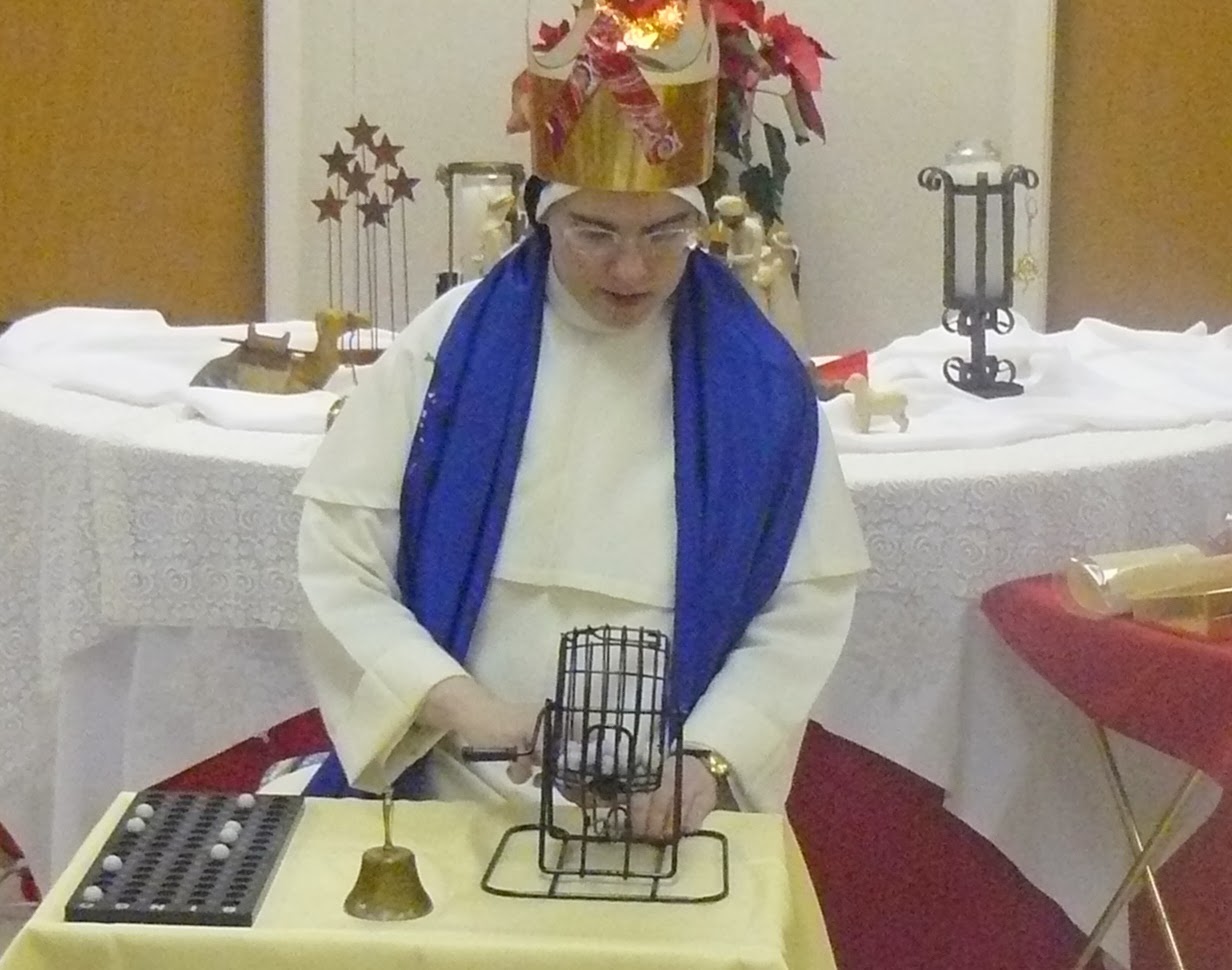 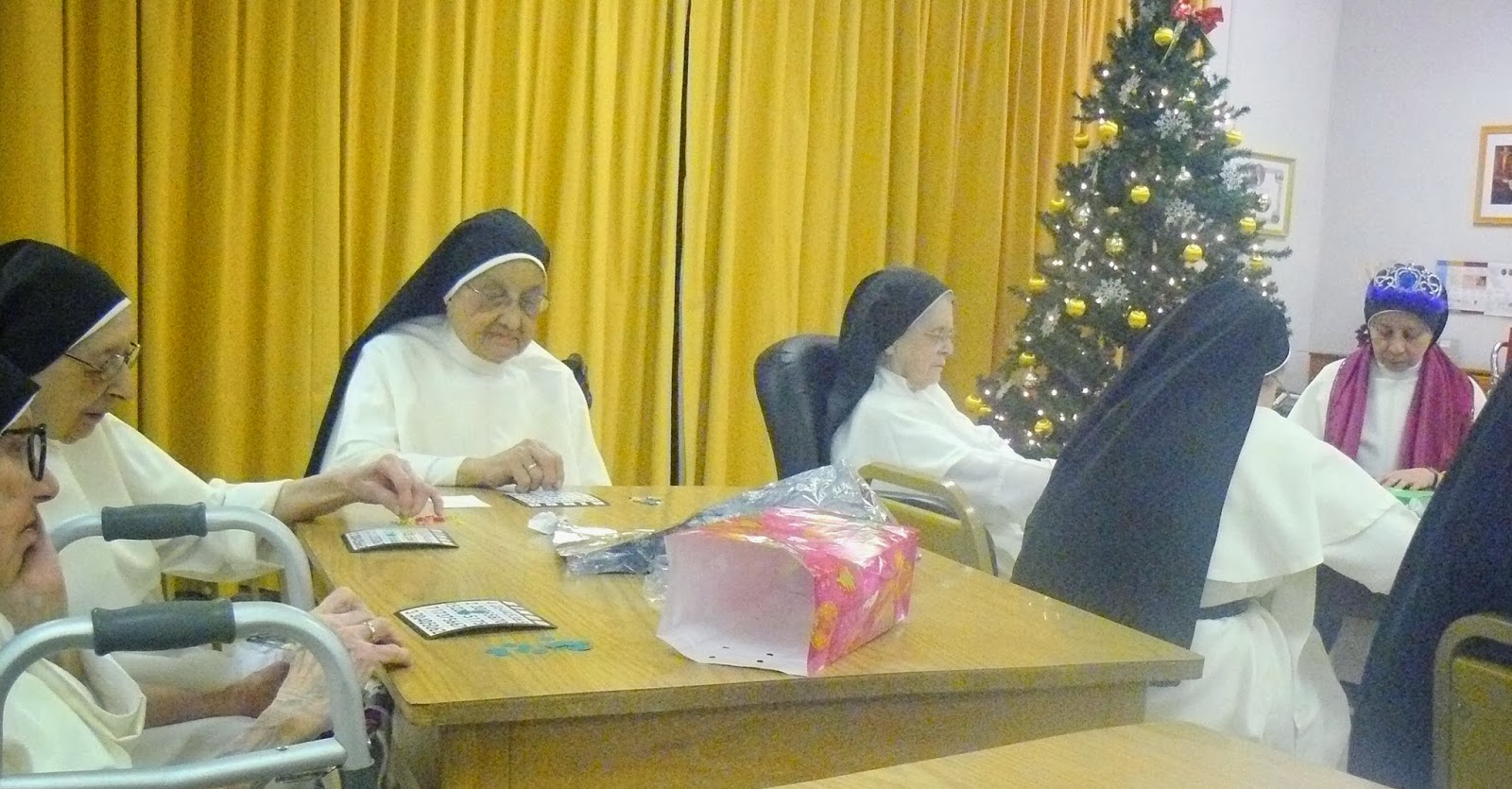 We had a great time playing. The sisters were very intent on the game as you can see in this picture! For several (including Sr. Mary Lucy, who can just be seen at far left) this meant a win and a very nice prize!

The evening concluded with more little gifts from our generous friends and benefactors, as well as from the loving hands of our sisters. Epiphany, as many of you probably know, is a traditional gift-giving day in many countries so it's appropriate to give little gifts on this day in honor of the Magi and the Christ Child they came to worship! May God bless all who are so good to us and help make our celebrations so beautiful and memorable!