Today, the feast of the Presentation, used to mark the official end of the Christmas season--that was before the liturgical changes after Vatican II, we believe. Some of our sisters here can remember leaving the Christmas decorations up until February 2--wow! February 2 is also known in the secular world as Groundhog Day, the day when groundhogs (or other rodent-like animals) are supposed to predict either the coming of spring, or six more weeks of winter. Believe it or not, this has a certain Christian angle to it--and we don't mean the use of the film "Groundhog Day" to help discern a vocation! As we celebrate today's feast, we begin to make a remote preparation for the season of Lent--which will begin in about a month (March 5, to be exact). Regardless of what the groundhog predicts, the seasons are gradually beginning to change from winter to spring, as we see the nights becoming shorter and the days longer. We put away the infancy narratives of Christ for another year; we focus anew on his public ministry and soon on his passion.

We don't have groundhogs in Lufkin--at least, not that we know of. We have lots of other native creatures, but if we do have groundhogs they've never ventured onto the monastery grounds. So when we want to know whether spring is coming, or six more weeks of winter, we consult the squirrels! 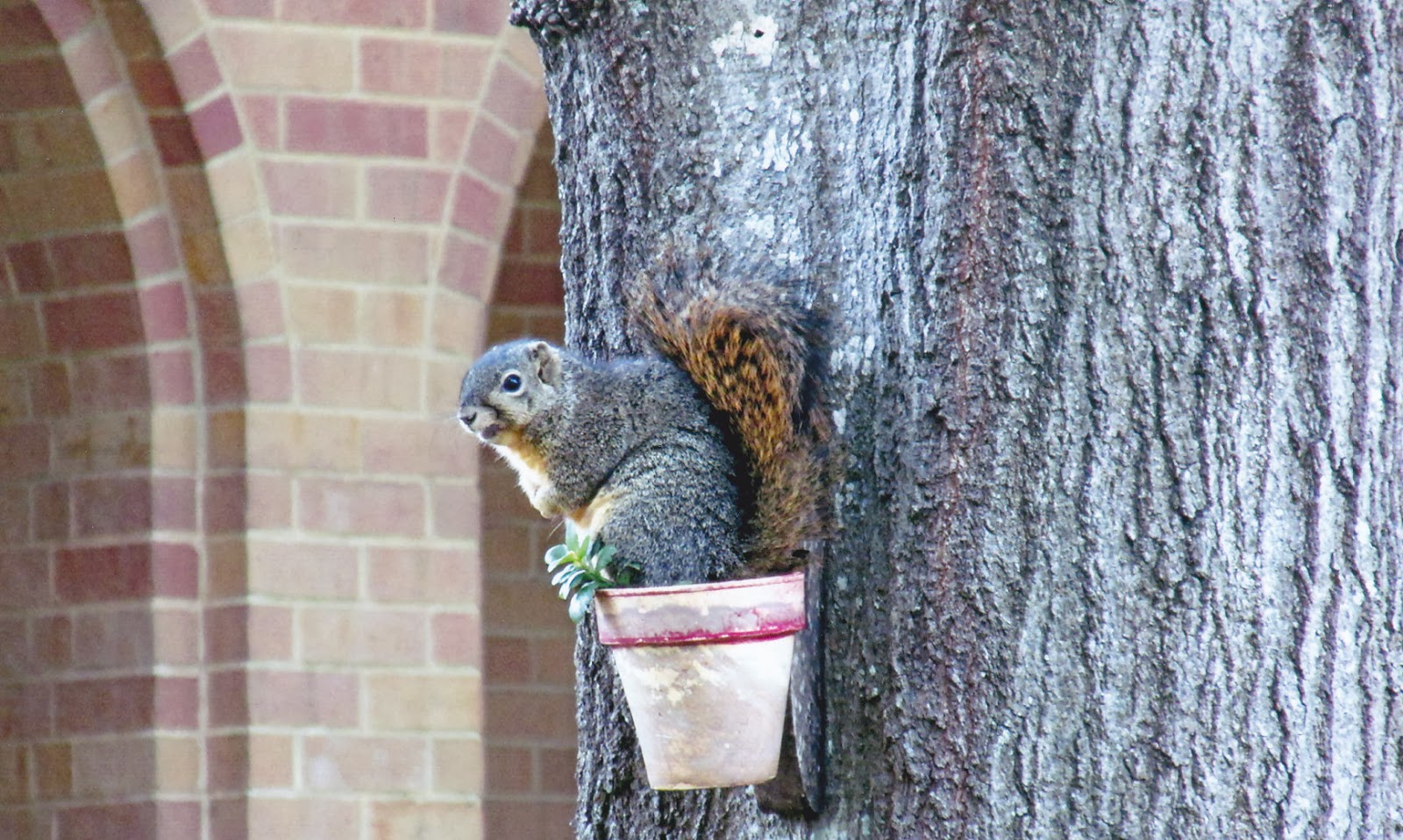 Looks like this squirrel is expecting spring to come!!