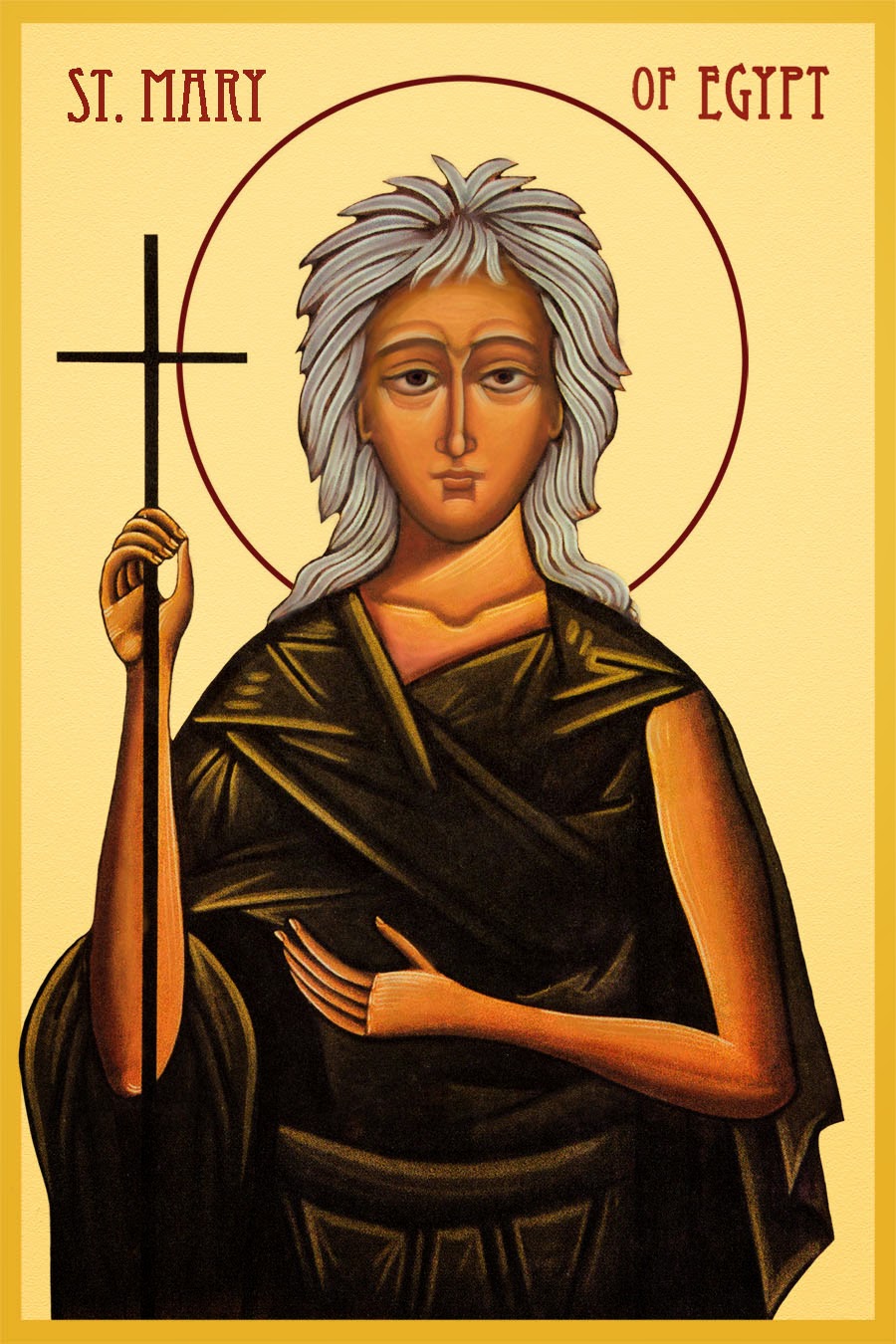 St. Mary of Egypt is commemorated in the Eastern church, where she has an entire Sunday in Lent dedicated to her memory. But the Western church may profit from learning more about her! She was a notorious harlot in Alexandria who one day joined a group of pilgrims going to Jerusalem--just for the sake of a "good" time, not because of any pious yearning! Once she arrived, she continued plying her trade until the feast of the Exaltation of the Holy Cross, when out of curiosity she approached the church and tried to go inside and see the relic of the true Cross. To her surprise, she was unable to enter the church. It was as if some invisible force was preventing her from going inside. She made several attempts to enter, without success. It was at this moment that repentance overtook her. She realized the gravity of her many sins and began weeping for them. Filled with the desire to give herself to God as she had formerly given herself to sin, she fled to the desert beyond the Jordan, where she lived alone. She told her story to a monk named Zossima who happened to encounter her, 47 years later. Soon after that, he brought her the Eucharist. When he tried to make another visit, he found she had died, and so he buried her. The story was recounted by several, including Sophronius of Jerusalem whose version was translated into Latin and became popular in both east and west.
What makes Mary of Egypt an excellent Lenten companion is her sincere and wholehearted repentance. Her basic personality did not change--she became as wildly devoted to God as she had once been to harlotry. But she did change the direction she was going, realizing in a burst of cleansing tears that she was desperately unhappy and needed to find the way to true joy. She realized her salvation depended on the mercy of God, and she trusted completely in that mercy. Wherever we are, we can change the direction of our lives simply by asking for God's help and mercy. Mary reminds us that His mercy has no limits, but we must be willing to acknowledge our need.