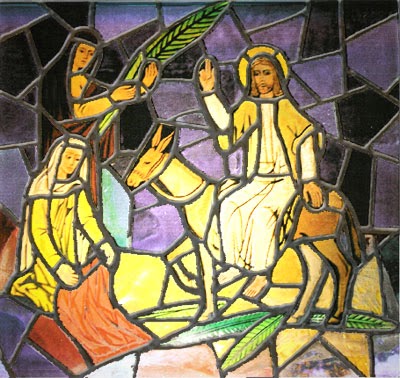 One word that keeps surfacing here at the Monastery during this Lent is "obedience". Obedience is an especially important concept for us as Dominicans; it's the only vow we take. The vows of poverty and chastity are considered to be included in this one vow. Most of the time we are obedient because it somehow benefits us; how often do we obey simply because it's the right thing to do, because it pleases God? We hear in the epistle of today's Mass that Christ became obedient for us, even unto death on a cross. He did not die for His own sake, but for our sake. Let's examine our motives today as we move in Holy Week and the Paschal Triduum, trying to keep our eyes fixed on Jesus who obeyed not for the sake of the glory God gave Him later, but because he wanted to do the Father's will in all things.