We just enjoyed several days of conferences on canon law and other things with Fr. Juan-Diego Brunetta, OP, from the province of St. Joseph (also known as the Eastern Province). It was a wonderful experience! 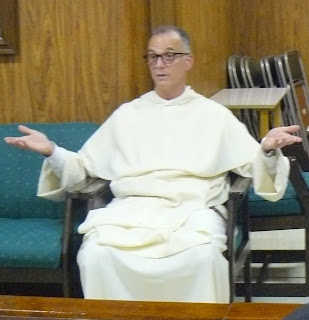 Father in the parlor, telling his story. Father is from New Jersey and had to try to slow down his normally rapid speech in order to communicate with East Texans! 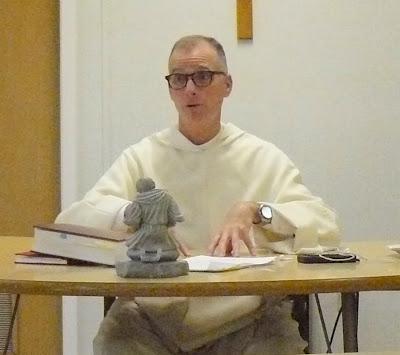 Father seated during a conference. For some of the sisters, Father's talks were an introduction to canon law and we were pleasantly surprised to find that it is not quite as mysterious and forbidding as one might imagine. Note that we brought our statue of St. Juan Diego over to the table in his honor! 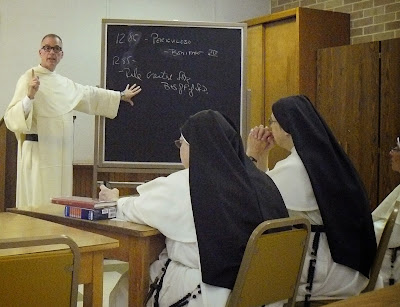 As mentioned above, Fr. Brunetta discussed a wide variety of topics with us, ranging from canon law to Pope Francis to the Dominican Order and the Dominican Family (these two are not exactly the same, as we learned!).  He allowed us to "interrupt" his lectures with our questions, too, which he was always able to answer. It was a fantastic series of conferences and we were reluctant to bring it to a close. We really enjoyed our time with Fr. Brunetta, and hope he will be able to stop by again someday.