The recent hurricane to charge through Texas was not as windy as some, but it was very cruel none the less. We are praying for our many friends and benefactors along the coast who have been flooded by the overabundant water.

During the Hurricane itself we received many phones calls from friends and relatives to check on us to see if we were OK. Yes, we are fine and thank you for your love and concern. We only had a light rain for over a week that amounted to about 2 feet, but fortunately no flooding. Our pond did fill up as you can see. 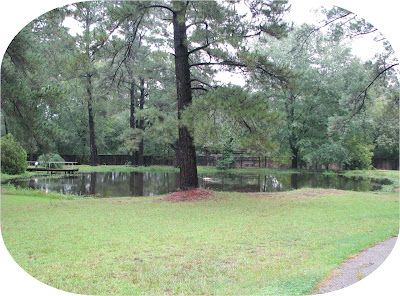 During Hurricane Rita about 12 years ago, there was a great deal of wind and we lost over 40 trees. However, because there was not much wind we only lost one tree. It looks like it fell over due to water-logged soil. 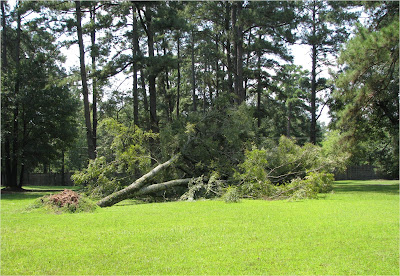 Since Hurricane Harvey left the area, many evacuees have come up to Lufkin and other towns, from what in Texas is called the "Golden Triangle", that is, Beaumont, Port Arthur and Orange. It is called golden because of Spindletop that brought much wealth to the region. Spindletop was the first oil well along the Gulf Coast and issued Texas and the USA into the oil boom age. Now the area is populated with refineries.

Lufkin has almost 2,000 evacuees and some places have run out of food. So we sent down some food (they wanted cooked meals). In the photos below you can see our latest donations: healthy chicken soup and nourishing Texas white beans. 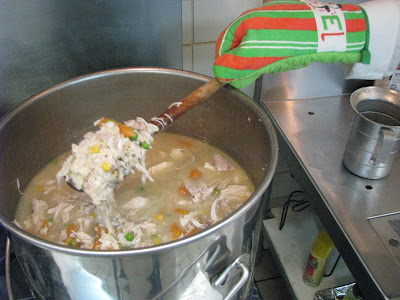 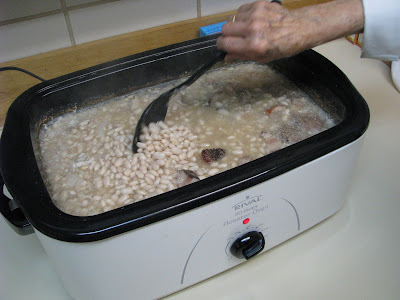 We pray for all who have been affected by Hurricane Harvey. May the Lord send you the Good Samaritans you need, and  the Lord embrace you with His compassion and courage.