Each year near the Feast of St. Dominic on August 8, our local Dominican Laity Chapter of St. Thomas Aquinas has a special Mass at which various members move to the next stage in their formation. This year they had a big crowd, with people in each of the three categories. 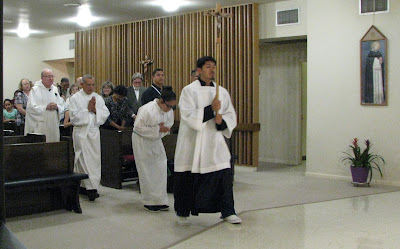 Linda began her official time of formation as a "novice". She had already been attending the monthly meeting for quite a while. 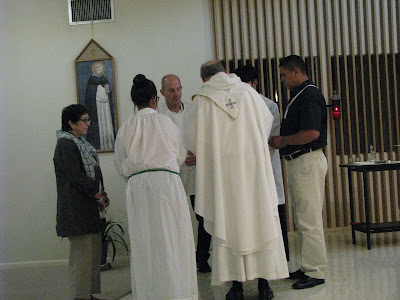 Then 5 people concluded that first phase and pronounced their Promises to  live by their Laity Constitutions  for three years and further explore the Dominican way of life. From left to right, below: Brian, Bruce, Debbie, Maria, and Jose. A father and son team (Deacon Jesus and his son, Chuy) concluded their initial formation as members of the Dominican Laity by pronouncing their Final Promises for their entire lives. The Laity Chapter President, Dr. Matt Rowley, stands as a witness. 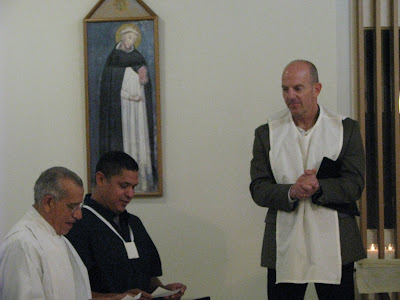 We met with them briefly in our Gate Parlor after Mass so that we could congratulate them and meet members of  their families. After we left, they had a special breakfast together.


Then, in the afternoon, we had a brief party with Sr. Ana Christiana. She had come to us a year or two ago and is preparing to return to Mexico on August 10. Sister is very talented in the areas of computer, crafts, sewing, and cooking. It has been a wonderful joy to have her with us. 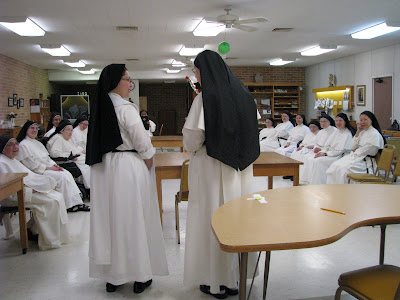 In the photo to the right, Sister Ana is preparing to play a game especially created for her, using riddles to find the prizes. 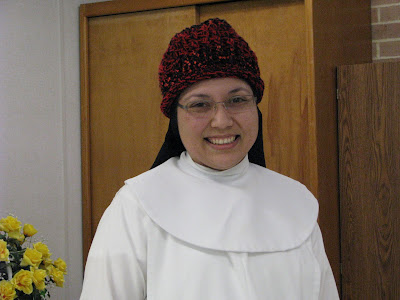 In the photo to the left Sister is modelling one of her prizes. A knitted cap made by one of the Sisters.