This morning we had our customary Solemn Chapter for Christmas in which one of the Sisters gives a sermon on Christmas and the Incarnation. 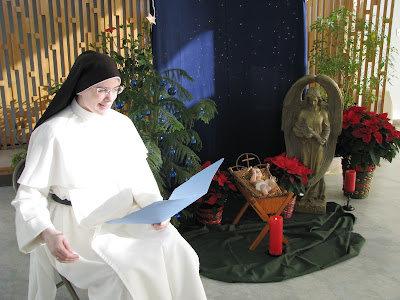 This year our preacher was Sister Mary Rose, our Novice Directress. Her beautiful and profound sermon is below: