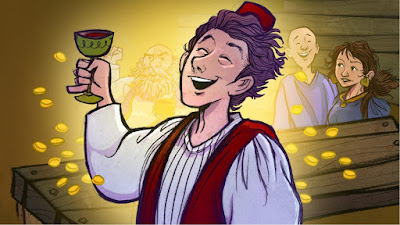 The Gospel for today is the parable of the Prodigal Son. Many preachers, homilists on the story want to change it to the "prodigal father". They justify this by explaining it is about God's lavish love. However, this is not the correct meaning of the word, Prodigal. As we have been doing this year in looking at the Sunday Lenten Scriptures, let us turn to St. Thomas Aquinas for some clarity.

St. Thomas Aquinas is one of the best theologians on the topic of virtues and vices. He learned much of this subject from the Greek philosopher Aristotle, whom he simply calls "the Philosopher".

According to Aristotle and St. Thomas prodigality, is NO virtue. In fact, it is a serious vice and can even be a sin. It is squandering one's, or other's, riches, especially for the sake of physical pleasure. It is uncontrolled and unbridled spending. That is exactly what the younger son did when he took some of the inheritance (which was not actually due to him, at that time among the Jews) and spent it all on pleasure.

Prodigality implies EXCESS, by its very nature. The form of excess easily leads to sins of intemperance, which usually involve food, drink and sex. The excess of prodigality consists not in the amount spent, but in the amount over and above what should be given.

The father exercised the virtue of LIBERALITY, in that he gave freely of his possessions; but he was not prodigal.

In the Nicomachean Ethics (IV:1), Aristotle talks about the vice of prodigality, a vice that seems particularly dominant in today’s economic world, if not pretty much inescapable. If you’re spending money that you don’t have via a credit card, it could be argued that you’re already a prodigal, and most of us are doing that. Some professors are not even sure that most of us really see prodigality as a vice, although traditional societies all seem to have agreed on this point. 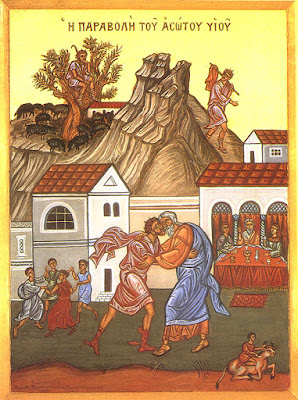