One never knows who or what is going to come to the Monastery!

Yesterday, we received a large leg of a pig that was roasted by our local Knights of Columbus. Sister is cutting it up for now and it looks like it will provide many future meals! 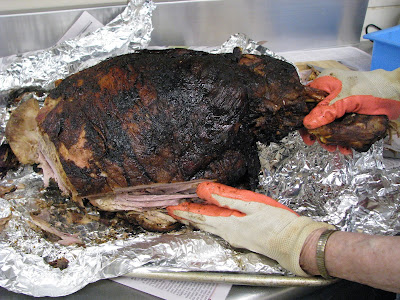 A few days before this, there was a dragonfly that spent the entire day clutching a branch by the Sister's door into our main building. 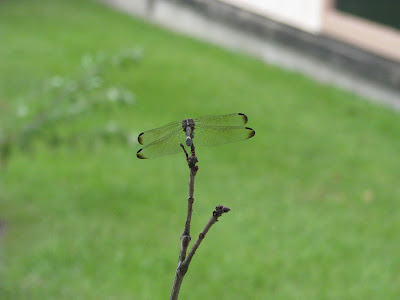 After the dragonfly was settled on the tip of the branch it would close its wings forward, as if to signal it was resting. 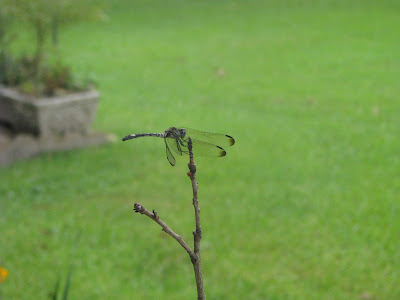 We have many of these critters that live down at the pond. During the summer they come up to the large grassy yard outside our refectory (dining room) to hunt for their own dinner. But then they are usually constantly flying around which is the only way they can catch their prey and eat it. This time we had a wonderful chance to really examine our insect-friend. In the second photo above, it almost looks like a person holding on to the twig, or maybe it's an "alien".

The Smithsonian Magazine has a fascinating article about these wondrous creatures. Here are a few nuggets:

1 ) Dragonflies were some of the first winged insects to evolve, some 300 million years ago.
3 ) There are more than 5,000 known species of dragonflies.
11 ) Dragonflies, which eat insects as adults, are a great control on the mosquito population.
One thing we know is that this amazing creature is another sign of our constantly creative God!