Today is the Feast - Solemnity - of our Father and Founder Saint Dominic de Guzman. He was born in Caleruega, Spain about 1170, and died in Bologna, Italy, on August 6, 1221.

Below is a photo of our lovely chapel this morning just after the celebration of the Mass. We had the entire Dominican Family present. Of chaplain, Fr. John Lydon represented the Friars, we were the Nuns, the Sisters were represented by the Sister    from Porto Rico who have been in our diocese for about five years, and also several members of the Dominican Laity were also present. 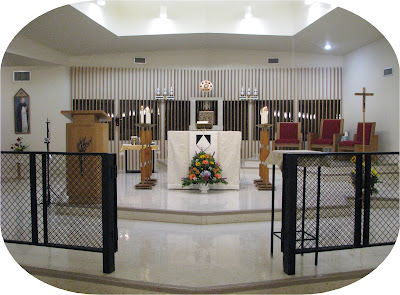