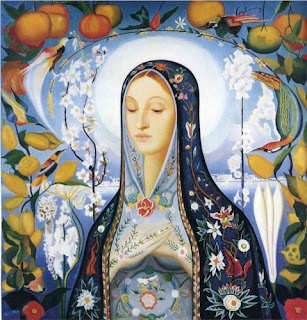 All virtues are habits; that is to say, they become easier every time we practice them, and we eventually do them without thinking about it. This may sound kind of strange--shouldn't you feel kindness when you do a kind deed, for example? But in fact, this habit of virtue allows us to act in a virtuous manner even when we feel like doing the exact opposite. We were struck by this when we saw Disney's live-action movie version of "Cinderella" a few years back. After her wicked stepmother and stepsisters leave for the ball, having torn up her dress and laughed at her, leaving her behind, she suddenly encounters an old woman who asks for a drink of water. The natural response might be, "Look, lady, my whole world just fell apart. There's the well--get your own water!" Instead Cinderella--who has the habit of virtue--immediately says, "Oh yes, mother" and gets the water for the woman. Of course, the old woman turns out to be the fairy godmother, who was waiting to see how Cinderella would react. Because she has proved herself worthy, she is given everything, eventually marrying the Prince.

Mary is the singular vessel of devotion because she is the new Eve--the woman who reverses Eve's disobedient act in the Garden of Eden by saying Yes to God when He asked her to be the mother of His Son. Remember: she was not yet formally married to Joseph when this happened, and in fact when her condition became known Joseph's first thought was to divorce her quietly. However, Mary trusted God in spite of everything, and all went according to God's plan. The angel calmed Joseph's fears; he married Mary; and together they raised Jesus, the Son of God.

Mary, you are fruitful with virtues beyond all measure. Pray for us, that we too may strive to live virtuous lives, so that the habit of virtue becomes stronger than our natural inclination toward vice.