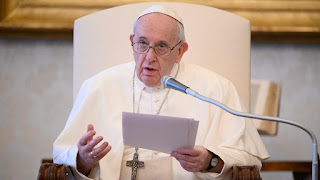 On June 20, the world received the news that Pope Francis has added three new invocations to the Litany of Loreto. This litany is a long series of titles praising the Virgin Mary, and asking for her prayers in return. Each title is followed by the refrain, "Pray for us." So, for example, the litany proper begins with "Holy Mary," to which we respond, "Pray for us."
This Litany probably dates back to the 15th or 16th century. In the Dominican Order, it is a long-standing custom to sing this litany every Saturday--Saturday being the day of the week which is usually dedicated to Mary. In our monastery, we sing the litany during Compline. And we are really serious about it! One year when Christmas fell on a Saturday, a young sister thought maybe the prioress would dispense the community from this prayer. After all, it had been a long day and everyone was tired! But, no. We sing the litany every Saturday (except Holy Saturday, of course) and every day during May while we make a solemn procession to our statue of Mary, Our Lady of the Pines.
Although the litany had a general form from the beginning, it has become customary for a pope to add a title to the litany if he feels it necessary. For example, Pope Leo XIII added both the title "Queen Conceived without Original Sin" (1883) and "Mother of Good Council" (1903). Pope Benedict XV added the title "Queen of Peace" in 1917, when war ravaged Europe. Pope John Paul added two titles during his pontificate as well: "Mother of the Church" in 1980, and "Queen of Families" in 1995. Now, Pope Francis has given us three more: Mother of Mercy, Mother of Hope, and Solace of Migrants. Pope Francis seems to be the first Pope to add three titles at once. But, as we all know, we live in difficult times, and the signs of these times encourage us to look to Mary for mercy, for hope, and for solace, no matter where we are in life. .
During the month of May we had a series of commentaries on the more poetic titles of Mary, which are mostly taken from the Old Testament. Now, we would like to offer some brief comments on these three new titles. Keep watching this space to see more!
Labels: Litany of Loreto Pope Francis 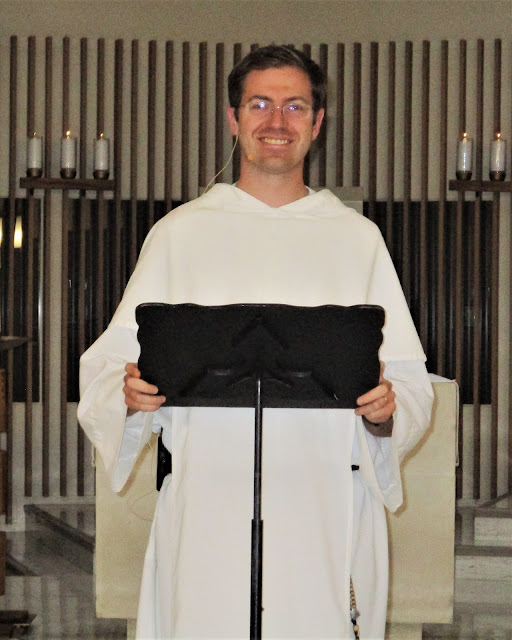